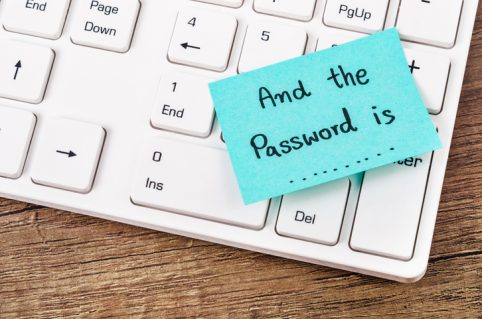 User authentication is a necessary component in any digital security process. Whether it’s a password to an online account, or answering a security question when the password fails, we are all familiar with the verification process carried out via knowledge-based authentication (KBA).

The success of KBA is contingent on the user actually memorizing the secret (i.e. Password or PIN). When we inevitably fail to recall a password, the usability of KBA suffers, even more so if the password recovery process is cumbersome. In scenarios where KBA is the sole authentication factor, its appeal further deteriorates in the face of user impersonation and data breaches.

Graphic-based passwords are a potential alternative to the traditional text-based approach. Classic cognitive science experiments indicate humans have an almost limitless memory for pictures. Simply put, it’s easier to recognize a previously seen image, than a random string of characters. If graphical passwords solve the usability issue, they might also aid the security story. If the authentication secret is easier to remember, users are less likely to partake in poor security practices such as reusing them across multiple applications, or writing them down.

In comparison to text-based passwords, graphical passwords are less vulnerable to dictionary and brute force attacks. However, their memorability makes them weak against shoulder surfers. In a recent online experiment, 1,173 participants watched videos of people unlocking their phone. Mimicking the shoulder surfing technique, the participants attempted to determine the authentication input. The participants were able to correctly copy the Android password 64% of the time. The six-number PIN was deemed most resistant against shoulder surfing attacks.

Multi-factor authentication is the answer to KBA security