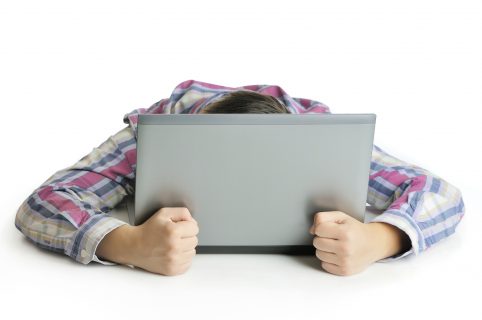 Just when you think you’ve got this whole password thing figured out, they’ve flipped the switch. Passwords are antiquated they say, but the new account and password you were just forced to create to buy movie tickets, says otherwise. Passwords play an important part of our online experience. They hold access to all kinds of accounts including email, banks, portals, dating, and of course, social networking. Memorizing a password on its own isn’t very difficult. Memorizing 19 passwords, the average number of passwords we actually have to deal with, is a recipe for password fatigue. Yes, it sounds like a trivial first world problem, but the shared feeling of having to remember an excessive number of passwords, as a part of a daily routine, encourages habits that can hinder security. Habits such as reusing a password across multiple systems, writing them on a post-it, and opting for one that is memorable, instead of one that is strong.

With data breaches and security flaws casting their dark shadow on our digital lives, organizations are taking measures to protect us from ourselves. Even industries known for clunky, out-dated systems, also known as the nation’s largest banks, are increasingly adopting fingerprints, facial scans, and other forms of biometrics as authentication solutions. What was once exclusive to spy films, such as those in the James Bond series, have increasingly become more attainable thanks to the smartphone. Regardless of whether biometric authentication will eventually replace the so-called “dying password,” they can be used together in the meantime to strengthen authentication.

Now that your social media accounts are secure, let’s see if the same can be done for more important accounts, such as work. In any given organization, the responsibility to educate on the importance of password security falls on the IT department. This not only includes communicating best practices, but also tweaking policies to protect users from common threats, such as dictionary attacks. With the right tools, your IT department can reject the use of passwords found on such lists.