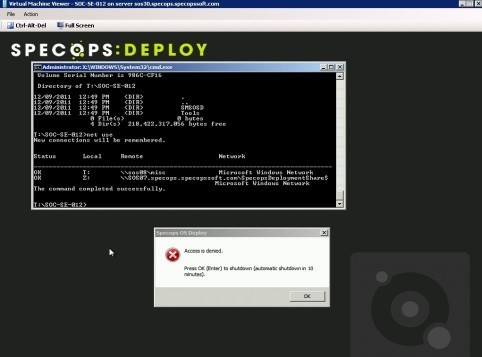 Problem: You receive an “Access is Denied” “Press OK (Enter) to shutdown (automatic shutdown in 10 minutes).” message on your client during an OS Deployment.
This happens very early in the process, right when the client should report progress first time. So you also don’t see any progress in the Admin Tool. 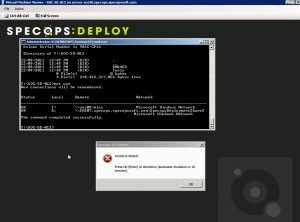 Cause: It’s related to a bug in Microsoft .NET Framework where in some occasions during computer boot up, the SID for Authenticated Users is not generated fast enough.
So when Specops OS Deploy Deployment Server service is started, it can’t use that SID.
It’s only happening during boot and it’s a timing issue, so it may only happen now and then.

Solution: Our Developers have written code that will workaround this in Specops Deploy 4.6 instead of waiting for Microsoft to release a hotfix for the problem.