How to change the Active Directory password hash method

We hear a lot of discussion around passwords when it comes to security best practices.  Passwords are generally associated with all aspects of securing technology systems.  In most environments, passwords are secured using a password hash.  Password hashes can impact how vulnerable an organization’s passwords are to an attacker or in a data leak that may expose hashed passwords.

You may have heard the term hash related to passwords.  What exactly is a password hash?  Before discussing password hashing, let’s take a step back and discuss the most basic form of recording a password – plain text.  We all know the dangers of storing passwords in plain text format.  When a password is in plain text format, the password is openly disclosed without any character transformation.  You might think about the time when you lifted a keyboard and found that your coworker had recorded their password on a post-it note stuck to the bottom.  It is a basic example of a plain text password.

Plain text passwords can be stored digitally, as well.  Passwords can be openly viewable inside a notepad document, database, spreadsheet, or another digital file.  When a password is in plain text, there is no security to keep someone from seeing and using the password.

When an end-user performs a login with a password, their password’s resulting hash is checked with the actual hash value recorded by the system.  The same mathematical formula compares the two hashes.  If the two are the same, the password entered was the correct one.  If they do not match, the user has entered an incorrect password.

When attackers execute a data breach and successfully exfiltrate databases or files containing hashed passwords, the passwords are not in their original format. The attacker still has to figure out the original password used to create the hashed password.  As mentioned, the hashing process transforms the data into random data other than the actual password.  However, it is essential to stop and think about what password hashing is again.  It is a one-way process that transforms your password into a hash value.

Considering the examples of the password hashing algorithms mentioned above, compared to MD5 and SHA-1, bcrypt is exponentially more secure as a password hashing algorithm.  It is extremely slow to create a hash using bcrypt due to the extra salting creating the hash when compared to MD5 and SHA-1.  However, an attacker attempting to generate hashes using bcrypt to duplicate hashes to leaked copies of bcrypt hashed passwords will have a much more difficult time.

Active Directory password hash: Beware of the LM Hash and passwords that are less than 15 characters

There is another issue that must be considered important with Active Directory hashing in particular.  In Windows, when a user selects a password that is less than 15 characters, Windows generates two different kinds of hashes.  These hashes are:

Both of these hashes are stored in the local Security Accounts Manager (SAM) database or in Active Directory.  The LM hash is notoriously weak and is explicitly used for backward compatibility with legacy Windows operating systems such as Windows 95 and Windows 98.  However, Macintosh clients also rely on the LM hash and may experience problems authenticating to an Active Directory domain without it.

Microsoft officially turned off LAN Manager with Windows Server 2008.  However, it is still a point that is worth noting in environments still using legacy Windows versions due to compatibility with legacy applications and other reasons.  You can read more about LM hash and how to disable it with the official Microsoft article here.

The easiest way to prevent storing an LM hash of your password is to enforce the use of passwords that are 15 characters long.  When 15 characters and longer passwords are chosen, Windows stores an LM hash value that can’t be used to authenticate an end-user.

No matter which password hashing algorithm your organization uses for business-critical systems, finding weak or breached passwords is critically essential for securing your environment, given the way password hashing works.  Microsoft Active Directory, used by most enterprise organizations worldwide for identity services, does not have built-in capabilities to check for commonly used, reused, or breached passwords.

Having the right tools to gain visibility to these types of passwords in your environment helps to remediate issues with the insecure or out-right breached passwords used before an attacker does.  Specops Password Auditor provides visibility to dangerous passwords configured in your Active Directory environment.  These include:

Considering that no password hash algorithm can protect you against weak and easily guessed passwords, finding and remediating these in your environment is crucial.

In addition, Specops Password Auditor provides an easy way to audit your password policies in the environment. It details how password policies compare against security best practices noted by industry standards. This can also help to shed light on potentially weak password policies that enforce very few characters as a requirement. With the right combination of Windows operating systems and passwords policies, this can potentially expose ones to the risk of LM hashing vulnerabilities.

Password hashing is a commonly used technique to protect passwords.  Not all password hash technologies are equal.  Compared to the relatively insecure MD5 and SHA-1 hashes with bcrypt, the bcrypt hash provides far superior protection to the original password than MD5 and SHA-1.  Additionally, it takes much longer to reproduce or guess the hashes generated with bcrypt.  Regardless of the type of password hash technology used, weak or commonly used passwords provide easy targets for attackers who use large password lists in password spraying and credential stuffing attacks.

Organizations need to use the right tools to discover weak and risky passwords in their Active Directory environments.  Specops Password Auditor provides a powerful tool to help gain visibility to many different types of dangerous passwords used in Active Directory as well as effective auditing of existing password policies against security best practices. 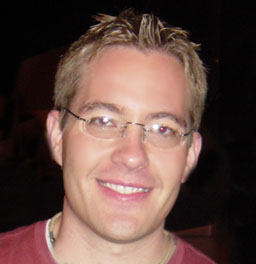