This article dives deep into the math that is hidden behind the Relative Password Policy Strength in Specops Password Auditor. Bring your combinatorics book and strap in for a math lesson.

The measurement is purely mathematical, it does not take into consideration how users usually structure their passwords. But it gives an indication of how, relatively speaking, easy or hard it would be to crack a password with a simplistic brute force attack.

Calculating the number of possible combinations

The reason 5 digits are used is because that character group has the smallest set size, thus resulting in the smallest number of total combinations.

The actual characters of such a password could be any combination from the corresponding character group sets. The order of the six characters could also be any possible combination. The total number of those combinations is what we need to calculate. In the above example we have two character group sets, lower case and digits. They have the set sizes 26 and 10. Let’s call the number 1 and 5 pick sizes. We can now generalize some notations from this:

With these notations we can describe (a simplified) version of the formula that calculates the number of possible combinations:

Getting the relative strength value

In order to represent the number of combinations as a relative strength score, two things are needed.

So, any policy with as strong, or stronger settings will be displayed as having “max” strength.

The last thing we need to make the relative strength score useful is to use a logarithmic scale instead of a normal linear scale. The reason for this is the exponential nature of the combinatorics used for calculating the number of possible passwords. A change in the requirements can increase the number of combinations in an exponential way and it is difficult, or near useless, to display values in a linear scale where one value could be thousands or a million times larger than another.

So, the logarithmic scale means that a relative score that is ten percent larger than another actually means that it is an order of magnitude larger. 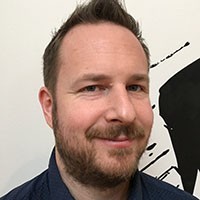